For three BCIS Grade 10 students – John, Angus and Jia Rong – a seemingly normal science class last year turned into something extraordinary.  When studying sustainability and renewable energy, their teacher, Dina, brought up a solar panel project started at the school by two BCIS alumni, Tom and Hower (Class of 2022). This small spark of inspiration would turn into a blazing ball of light as bright as the sun, as the five BCISers would begin to collaborate on a project that is now helping power part of the school with renewable energy. Now fully installed and operational, the solar panels are being used by the Secondary School (SS) Circular Gardening Club to power heaters that will keep the plants in their greenhouse warm all winter. This solar panel project is one shining example of how student and alumni efforts upheld the BCIS mission of sustainability and made a positive impact on our school. 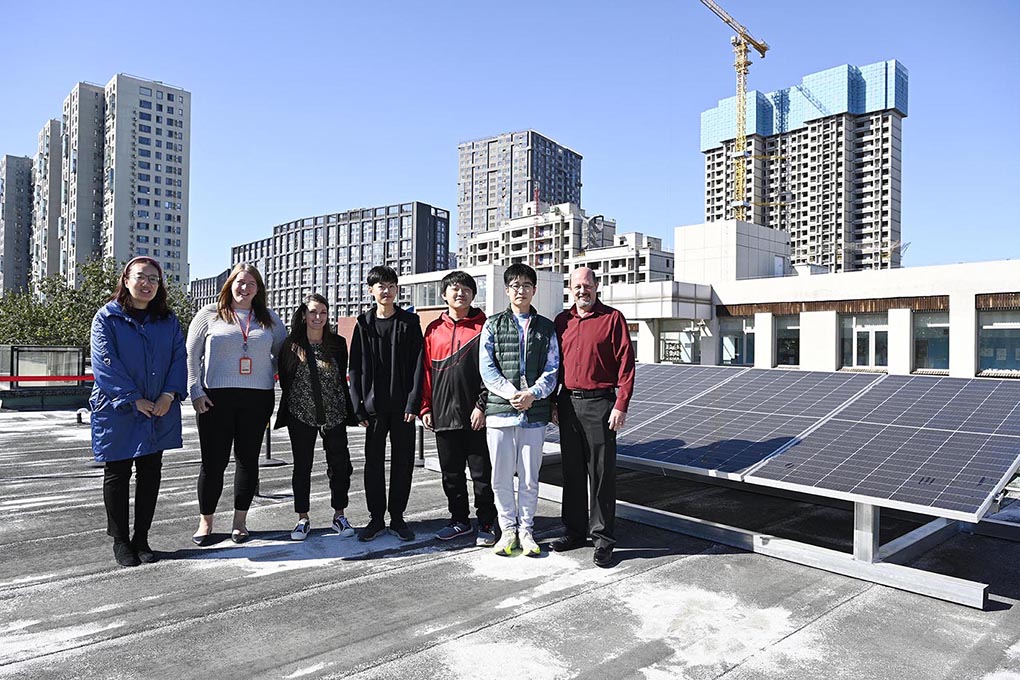 The inspiration didn’t stop at BCIS, as members of the Circular Garden Club – Jia Rong, Anna, Kathy, Amelia, Charlotte and Susie – would go on to win the 2022 Jim Kerschen Award for Innovation in Schools from ACAMIS for their amazing work towards sustainable energy. Although the final product was amazing enough to win the award, the solar panel project started from humble beginnings. Alumni Tom and Hower started out making their own small-scale solar panels, that could be used for tasks around the home such as charging mobile phones. Tom, who was able to attend the solar panel opening ceremony via video call, explained that the initial solar panel model was only about the size of an iPad. It was a small start, but it led to the two designing a plan to use solar energy to help power the Circular Garden. 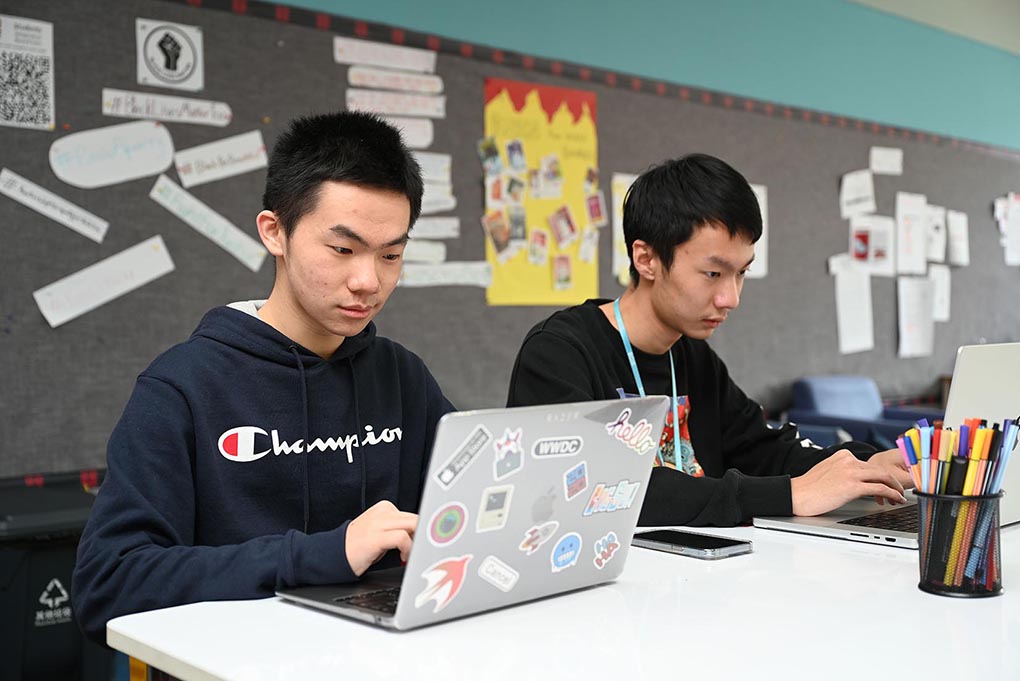 After John, Angus and Jia Rong received inspiration and support from the two alumni and the teacher supervisors from the Circular Garden Club, Dina and Katie, they began to turn the plans they received from Tom and Hower into action. Together, they received funding from the school and contacted outside vendors who could provide strong and efficient solar technology. Throughout the process, they were able to work side by side with the vendor, learning about solar energy and the process of building and installing solar panels. “Mr. Guan [from the solar power company] came to our school, and he introduced how the solar panel works – the whole system, how the solar panels are connected to the control system and how it feeds energy to the batteries and greenhouse,” explains John. Angus agrees that the hands-on nature of this project was a great learning experience, stating, “My biggest take was the installation itself: how the solar panels actually worked, how to install solar panels, how the wires connected, what did each wire do, that was the part I learned the most.” 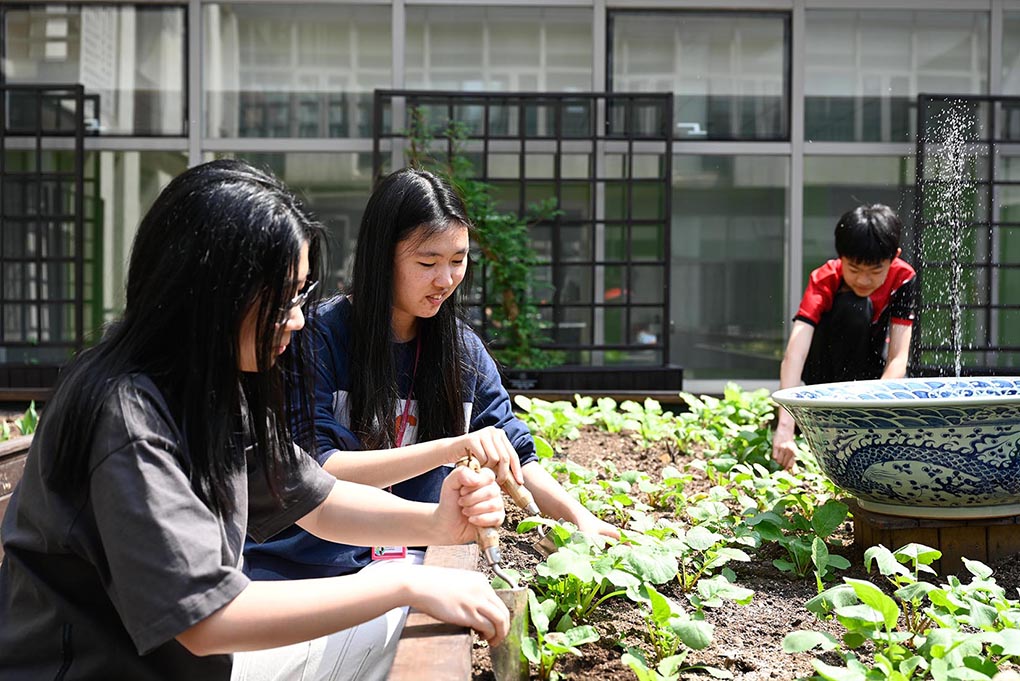 The solar panel project served as an excellent learning opportunity for all those involved and other students at the school. Installing the panels to heat the greenhouse is one step closer to complete circularity for the SS garden, and a fantastic new teaching tool for classes learning about renewable energy and the importance of sustainability. Such topics are closely linked to the BCIS mission itself, and students are often tasked with working on projects that work towards one or more of the UN Sustainable Development Goals (SDGs). The newly installed solar panels serve as a stupendous example of one such project, although this project is far from over. 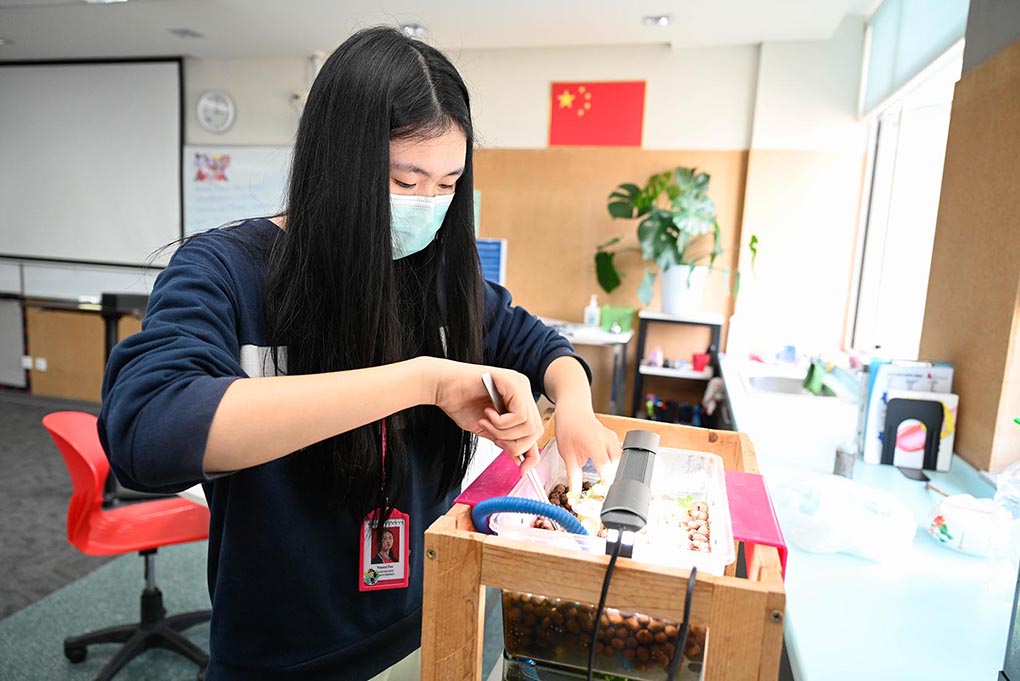 The next step for the group will be collecting data from the panels about their energy efficacy and carbon footprint reduction. The students can monitor all this data via apps on their phones. This data will then be used to inform and expand the project, with the final goal of turning all the energy used to power the garden into renewable energy. Although this is a lofty goal, our daring students are eager to help. John even intends to make the addition of new solar panels his Personal Project for the Middle Years Programme. Together with the support of their fellow students in the Circular Garden Club, teacher supervisors and alumni, these BCISers will work to forge a more sustainable future for BCIS! 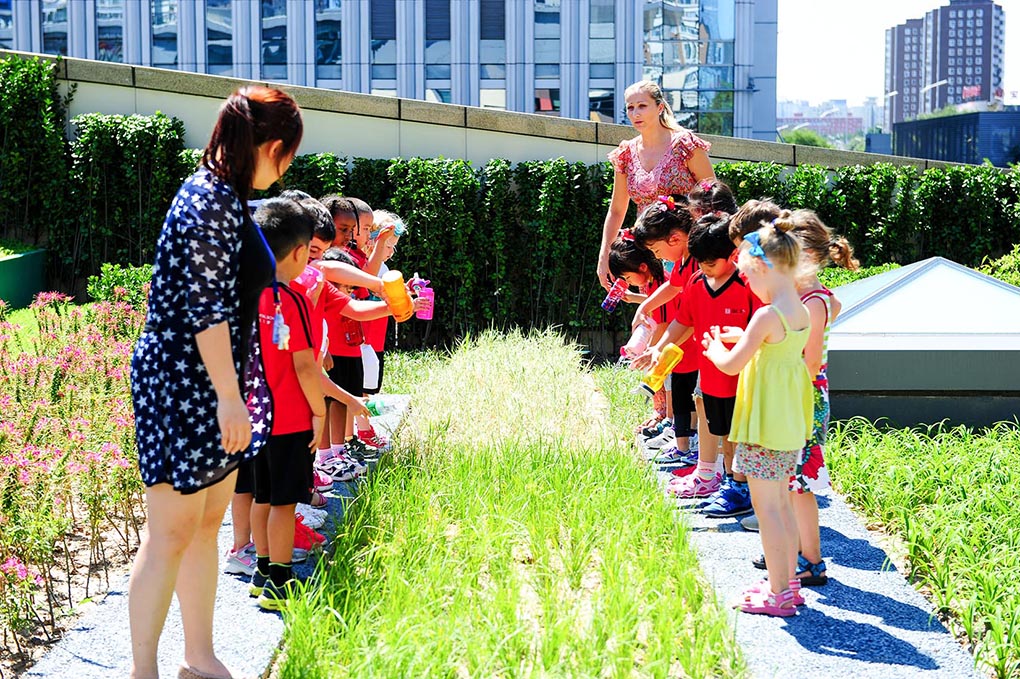