September 23rd was a pleasant Friday at BCIS, with clear blue skies and sunshine warming the crowd of students gathered on the field at the BCIS Main Campus and the gym in the Early Childhood Center (ECC). Excited conversations drifted through the air like leaves in the gentle fall breeze, with the eager students looking for their friends, parents and family members who had also showed up to cheer them on. The excitement reached a fever pitch when, on both campuses, beloved school mascot, Le Le, appeared holding the torches used in the 2022 Beijing Winter Olympics. Courtesy of the BCIS Parent Teacher Association (PTA), the torches were met with loud cheers from the students and parents. What occasion caused such a fun fanfare? This celebration at BCIS was all for the Terry Fox Run – an annual community event where students and parents run or walk to help raise money and awareness for cancer research, actively carrying out the BCIS mission of working for the good of all. 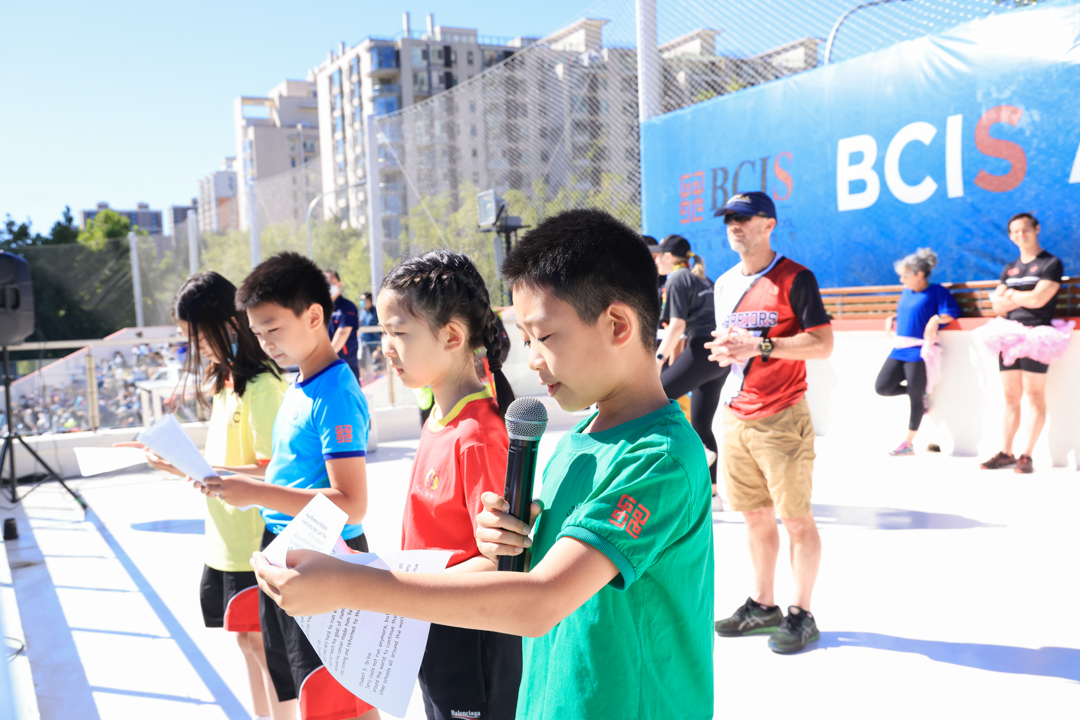 After the torch ceremony, the magic of the day truly came to life, with students from the ECC to Grade 12 all setting off running around the campuses, symbolizing their effort to support the critical cause of cancer research. One of the most popular events at BCIS, the Terry Fox Run is a fantastic mixture of fun and compassion where BCISers of all ages can become purposeful doers through walking, running and giving back. “It’s one of the highlights of the year,” says Julie, BCIS’s Chief Academic Officer, “everybody has fun, but you’re running for a reason.” The Terry Fox Run also creates a strong social impact on the world. This year, the BCIS community donated over 56,000 RMB for cancer research during the event, a contribution that will last well beyond the exciting event itself. 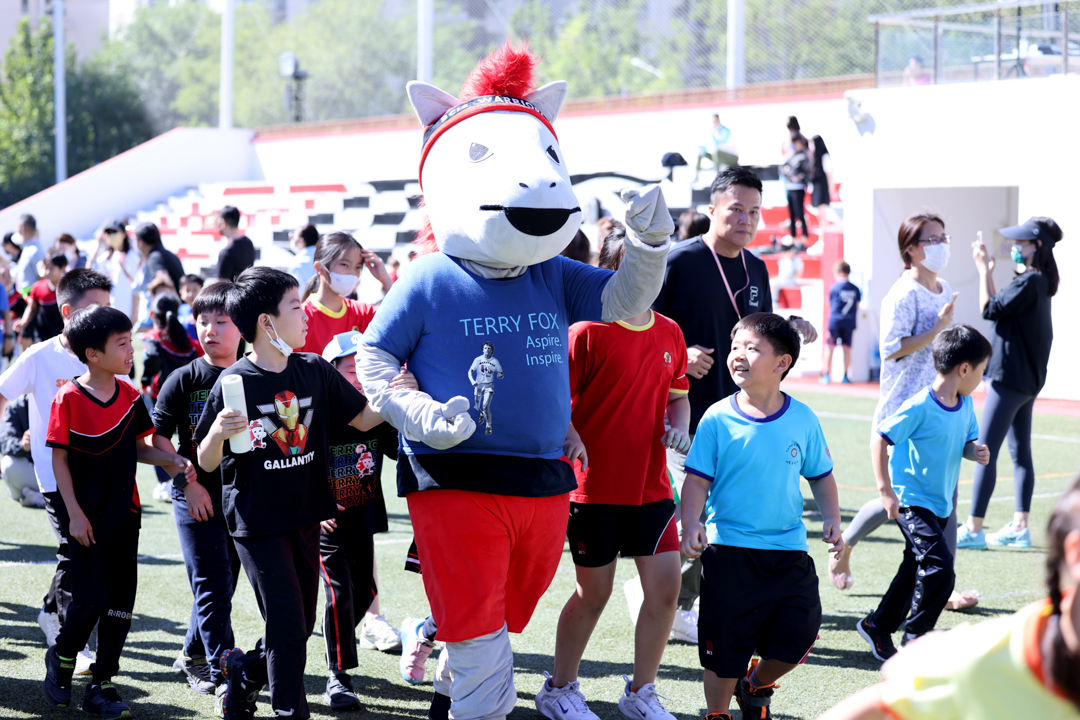 Since the first Terry Fox Run in 2005, the school’s founding year, BCIS has raised over 2 million RMB for the Terry Fox Foundation and local cancer research in China. In 2005, BCIS PE Teacher Sonny Lim introduced the Terry Fox Run to BCIS, and shared the story of Terry Fox, the Canadian who ran across the country to promote cancer research even after osteogenic sarcoma led to the amputation of his leg. The school has eagerly celebrated the event ever since as it is so well aligned with BCIS’s own mission and values. Students of all ages are inspired by the story of Terry Fox, and understand that, through their action of running or walking at the event, they can make an impact too. In 2013, Judith Fox, Terry’s sister, even came to BCIS to join in the festivities! More than just a day of excitement, the Terry Fox Run inspires BCISers year-round. Students learn about the purpose of the run in class, and the importance of acting for the good of all. During the run, many students wear “I run for” banners that contain the name of relatives and friends who have been affected by cancer. The event provides a wonderful stage for the BCIS community to come together and work for positive change on an issue that affects many people all over the world. It is this community spirit and purpose that truly makes the Terry Fox Run shine like the Olympic torches that were held high on campus. When our students, parents and staff all come together, we can truly change the world for the better! 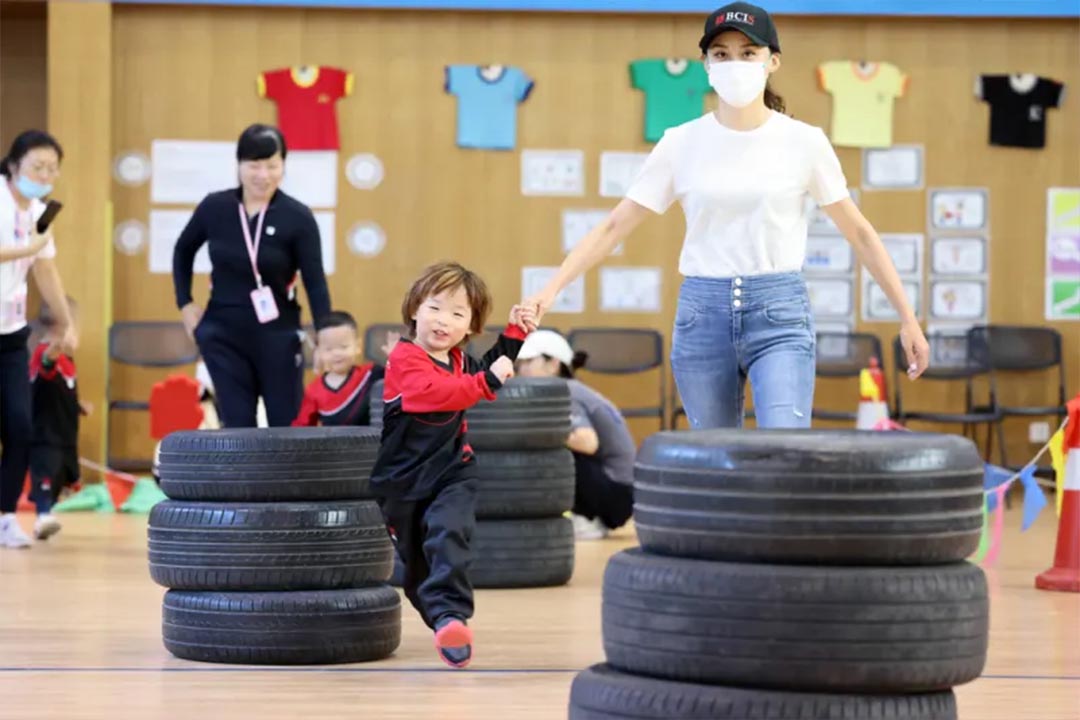